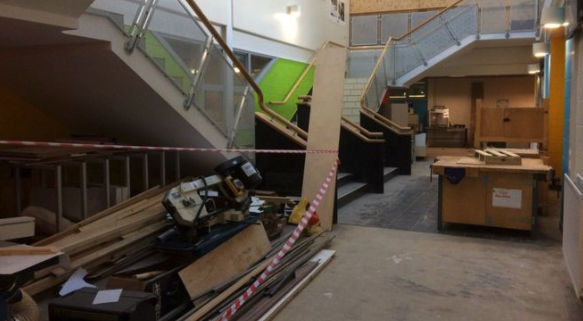 Pupils are being taught in corridors eight months after flash floods damaged rooms at a school.

Water from a nearby brook rushed through Caroline Chisholm School in Northampton last May, destroying teaching equipment and pupils' work.

Around 20 rooms remain out of use because of water damage and a risk of "contamination".

Head teacher David James praised the "fantastic" way his students had reacted to the disruption.

No pupils were in the school when the floods hit the school during the last May bank holiday weekend, putting about 40 rooms out of use, mostly on the ground floor.

The school had to improvise, with a corridor being turned into a computer suite and the main hall being shared between a lunchtime canteen and a sixth-form study centre. 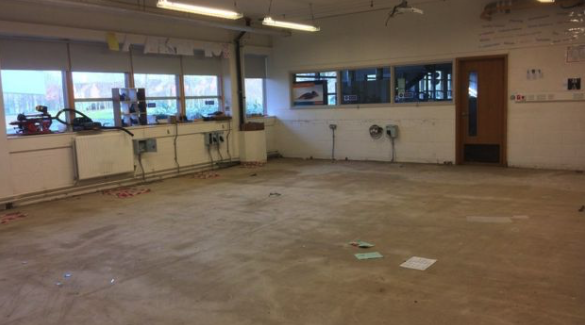 'Work to be done'

Mr James admitted he had been surprised at the amount of work needed to restore the buildings.

"Every single piece of furniture that was wooden was damaged," he said.

"Everything that could rust or could swell with water damage had to go. There was also a risk of contamination so it was a massive job." 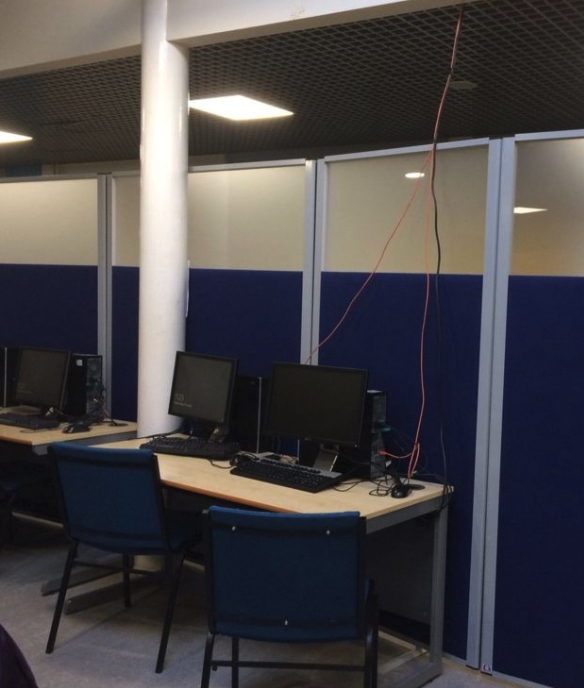 The flood damage has reduced the amount of space available for the 1,900 students who attend the school, according to Mr James.

He added: "The students have been fantastic and just got on with it, as young people do when there's a crisis."

He said there was still "work to be done" on ensuring defences were put in place to ensure a repeat of the floods.

More than 70 homes were also damaged when a month's worth of rain fell in two hours, with residents blaming blocked drains.

A report into the causes of the flooding is due to be published by Northamptonshire County Council this month.